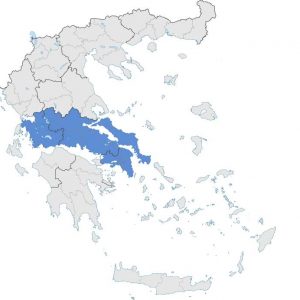 It’s no coincidence that the rugged terrain of central Greece was the setting for heroic struggles among the gods and mortals. Journeys to this region provide glimpses of the essential character of the Greek people, along with plenty of outdoor adventures and unforgettable landscapes. The ruins at Delphi, where Alexander the Great sought the advice of the famous oracle of Delphi, remain one of Greece’s most inspiring archaeological sites and are also the starting point for hikes that follow ancient footpaths. The northern region of Thessaly is home to the monastery-topped pinnacles of Meteora, with buildings dating from the 14th century. The spectacular columns of rock are not only a mecca for Greek Orthodox pilgrims, but also home to world-class rock climbing, with over 100 sandstone peaks and towers to choose from. To the east lies the Pelion Peninsula, crisscrossed with old cobblestone donkey paths that link lush mountain hamlets with seaside coves and fishing villages. Sandy beaches rival the best of the Aegean islands, but without the crowds. According to Greek mythology, it was in nearby Volos that Jason and the Argonauts set sail in search of the Golden Fleece, in a boat made from timbers of the Pelion forests. Overlooking the Gulf of Corinth, the steep slopes of Mt Parnassos invite modern-day hikers to retrace ancient walking trails. River-rafting opportunities abound in the South Pindos ranges, and the high alpine meadows are perfect for breezy summer hikes. To the south, nearer to Athens, are the Byzantine frescoes of Osios Loukas, the most famous in Greece. And to the southwest, natural wetlands and wildlife sanctuaries stretch from the Corinthian Gulf west to the Ionian Sea.