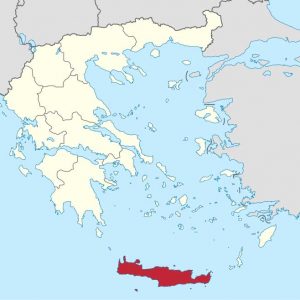 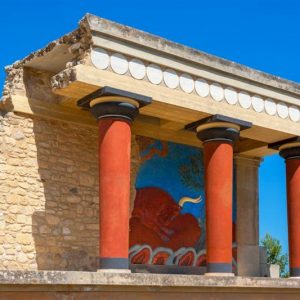 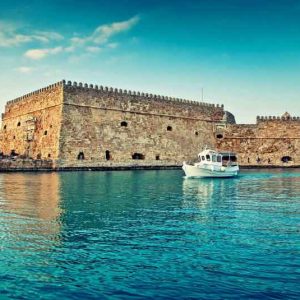 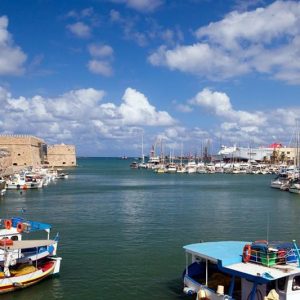 Crete is more like a small country than another Greek island. It’s not just Greece’s largest island, but arguably the most fascinating and diverse.
Crete’s remarkable history is evident across the island, from the ruins of Minoan palaces, Venetian fortresses, old mosques and Byzantine monasteries to the cave that is the legendary birthplace of Zeus. The Venetian ports of Hania and Rethymno are two of Greece’s most evocative cities. Crete is renowned for its natural beauty and diverse landscape. Spectacular mountain ranges dotted with caves are sliced by dramatic gorges that spill out to sea. The rugged interior is interspersed with vast plateaus and fertile plains. The east boasts Europe’s only palm-tree forest beach and the south coast has some of the most stunning beaches and isolated coves.

Cretans are proud and hospitable people who maintain their culture and customs, particularly their strong musical tradition. Throughout the island you will come across traditional mountain villages and agricultural settlements unaffected by tourism. The young might drive four-wheel-drives but you will still pass shepherds tending their flocks and come across men in traditional dress.
An abundance of fresh produce and the distinct Cretan cuisine – renowned for its lifeprolonging qualities – adds an interesting culinary dimension. Crete has the dubious honour of hosting nearly a quarter of Greece’s tourists. Much of the north coast has been commandeered and spoilt by hotels and cheap package tourism, but the island is big enough for independent travellers to venture off and find quiet beach settlements and mountain villages to explore.