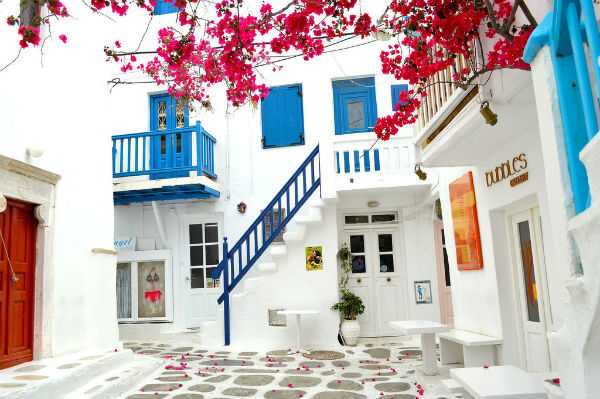 The Cyclades ( Greek: Κυκλάδες) are an island group in the Aegean Sea, southeast of mainland Greece and a former administrative prefecture of Greece. They are one of the island groups which constitute the Aegean archipelago. The name refers to the islands around (κυκλάς) the sacred island of Delos. The Cyclades is where the native Greek breed of cat (the Aegean cat) originated.

History
The significant Late Neolithic and Early Bronze Age Cycladic culture is best known for its schematic, flat idols carved out of the islands’ pure white marble centuries before the great Middle Bronze Age Minoan civilization arose in Crete, to the south: these figures have been looted from burials to satisfy a thriving Cycladic antiquities market since the early 20th century. 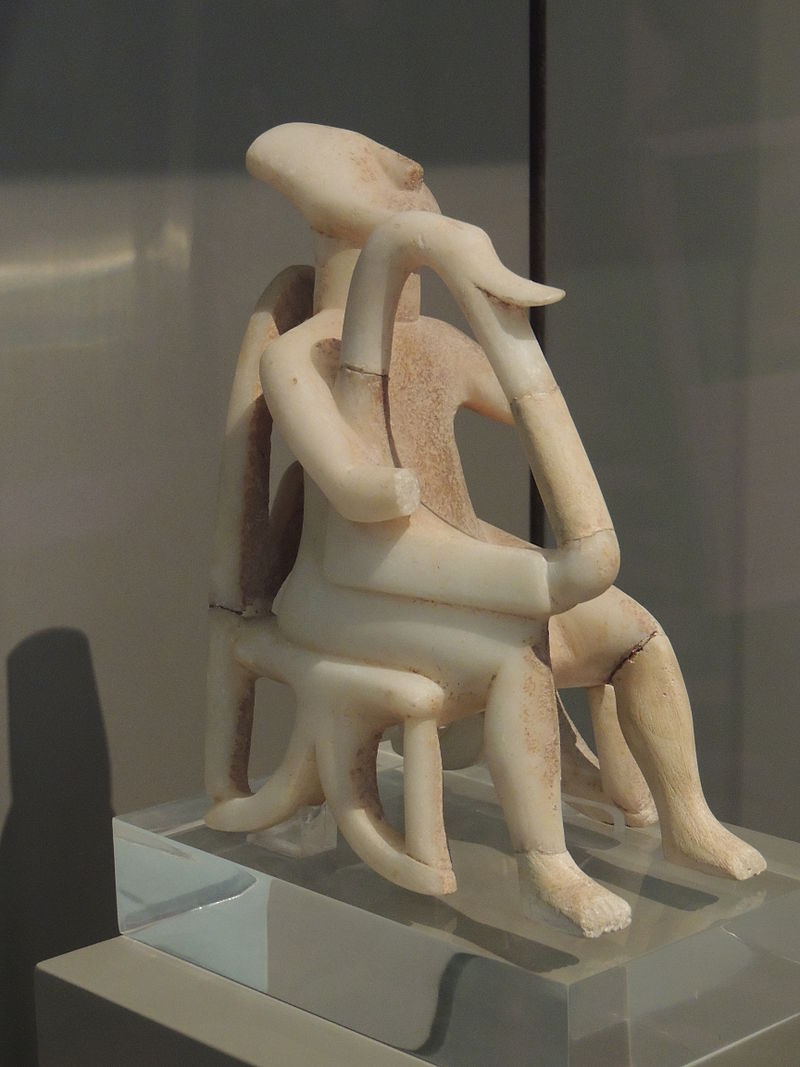 A distinctive Neolithic culture amalgamating Anatolian and mainland Greek elements arose in the western Aegean before 4000 BCE, based on emmer and wild-type barley, sheep and goats, pigs, and tuna that were apparently speared from small boats (Rutter). Excavated sites include Saliagos and Kephala (on Kea) with signs of copperworking, Each of the small Cycladic islands could support no more than a few thousand people, though Late Cycladic boat models show that fifty oarsmen could be assembled from the scattered communities (Rutter), and when the highly organized palace-culture of Crete arose, the islands faded into insignificance, with the exception of Delos, which retained its archaic reputation as a sanctuary throughout antiquity and until the emergence of Christianity.

comprise about 220 islands, the major ones being Amorgos, Anafi, Andros, Antiparos, Delos, Ios, Kea, Kimolos, Kythnos, Milos, Mykonos, Naxos, Paros, Folegandros, Serifos, Sifnos, Sikinos, Syros, Tinos, and Thira or Santoríni. There are also many minor islands including Donousa, Eschati, Gyaros, Irakleia, Koufonisia, Makronisos and Schoinousa. The name “Cyclades” refers to the islands forming a circle (“circular islands”) around the sacred island of Delos. Most of the smaller islands are uninhabited.
Ermoupoli on Syros is the chief town and administrative center of the former prefecture.
The islands are peaks of a submerged mountainous terrain, with the exception of two volcanic islands, Milos and Santorini. The climate is generally dry and mild, but with the exception of Naxos the soil is not very fertile agricultural produce includes wine, fruit, wheat, olive oil, and tobacco. Cooler temperatures are in higher elevations and mainly do not receive wintry weather.
The Cyclades are bounded to the south by the Sea of Crete.

Administration
The Cyclades Prefecture (Greek: Νομός Κυκλάδων) was one of the prefectures of Greece. As a part of the 2011 Kallikratis government reform, the prefecture was abolished, and its territory was divided into nine regional units of the South Aegean region: Andros, Kea-Kythnos, Milos, Mykonos, Naxos, Paros, Thira, Syros, Tinos.