Know thyself and you are going to know the gods 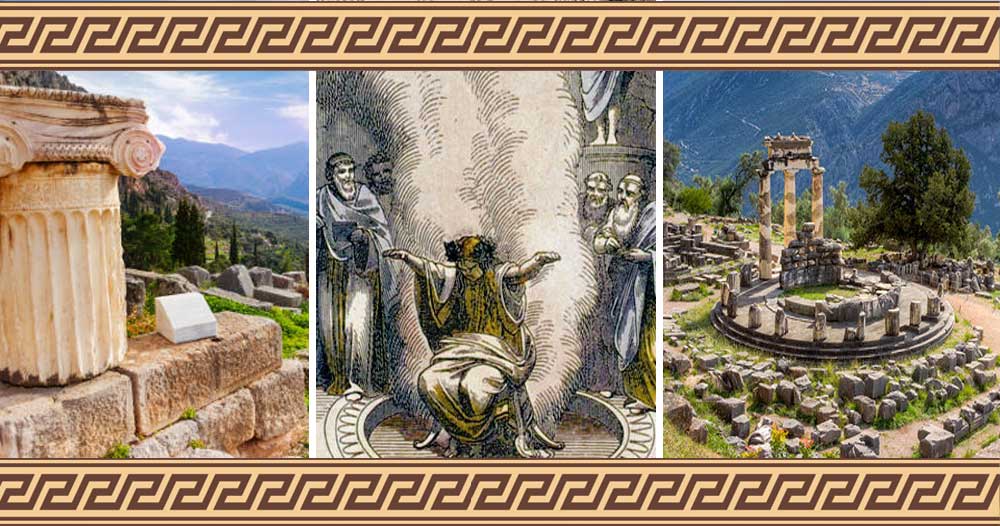 The Delphic maxim that became Socrates motto….”Delphi” the navel of the ancient world where rulers, generals and philosophers seeked consultation for their future decisions…   Delphi is a religious phenomenon and closely linked to the ancient Greek history. It was perceived as the “spiritual pillar” of the ancient Greeks and even a few Roman emperors. Many famous people, kings, generals, philosophers came to Delphi to ask about their future and “Pythia” the priestess was notorious about giving them ambiguous answers. Below are some of the most well known examples: 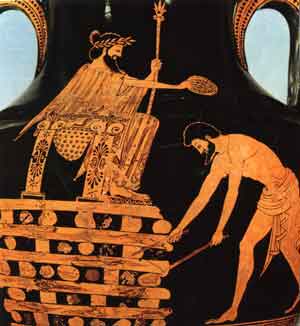 Croesus was the king of Lydia during the sixth century BC. He was well known for his wealth and riches. His ambition led him to attack the increasingly powerful Persian neighbors. Before the war, he went to the temple of Delphi to ask the priestess what the result of his campaign will be. “Pythia” the priestess replied: “If you attack the Persians, you will destroy a strong empire.” Croesus regarded that as the affirmation of his success and sent troops to attack Persia. However the result was devastating. Lydians were defeated and Croesus was captured. It seems after all the “strong empire” Pythia was referring to was the one of Croesus!

The famous Thermopylae battle has a close relation to the Delphi oracle. Once he received news the Persians are coming, Spartan King Leonidas went to Delphi to consult the oracle: ” Either your glorious city-state must be wasted by Persians, or Spartans must mourn a dead king ” was Pythia’s answer. Hearing that, Leonidas and his 300 marched without hesitation to face the Persian army.

The father of Western philosophy received much of his “enlightenment” in Delphi where his lifelong journey of “Pursuing truth” started. This is where he was pronounced the wisest of the Greeks. Socrates himself tried to doubt this remark and come out with the famous quote: “I only know that I know nothing”

Alexander the Great, before starting his 11 year-long expedition into Asia, visited the oracle to ask about the outcome. “You are invincible, my son!” the priestess cried.

Find out more about trips to Delphi…

Check out our recommended itineraries